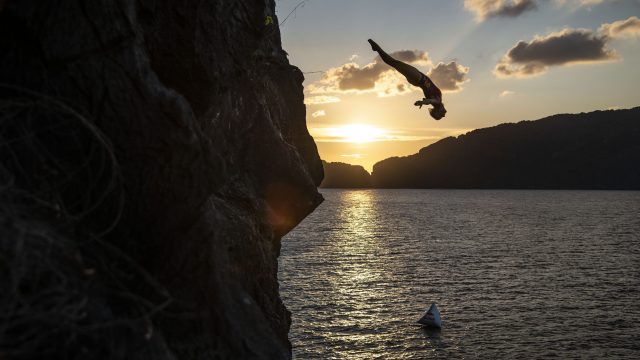 MANILA, Philippines – Australia’s defending women’s champion Rhiannan Iffland, cliff diving legend Orlando Duque from Colombia, and Filipino-Australian wildcard Xantheia Pennisi, got a first taste of what is sure to be a highly competitive and thrilling start to the new season during their sunset dive from the phenomenal rock formation at Tres Marias Islands.

Rhiannan Iffland of Australia dives from a rock face at the Tres Marias Islands prior to the first stop of the Red Bull Cliff DivingTheir bodies are primed and their minds are pumped to open the 11th World Series season in a brand new location amidst the limestone formations at the Small and Big Lagoon in Miniloc Island, El Nido.

It’s sure to be a hot and blazing opener to the year as 24 athletes launch themselves before twisting and spinning their way down at over 85km/h into the dazzlingly clear emerald waters.

The additional challenge of an off-the-cliff competition at the first event of the 2019 season awaits the 14 men and 10 women of the Red Bull Cliff Diving World Series. All divers will however be treated to a scenic entry as they are welcomed by the Philippines’ deep blue waters and beautiful corals.

Whether the reigning champions Iffland and Gary Hunt (GBR) will continue where they left off in 2018 and can find the right formula to defend the King Kahekili Trophy against the increased competition will soon be witnessed by turtles and kayakers in this first-time location set in the Pacific Ocean.

The cliff diving elite cannot wait to take off into another exciting year from up to 27m!

Catch the live broadcast from El Nido at Red Bull TV (http://bit.ly/philippineslive), Facebook and YouTube on April 12th, 2019. Viewers in the Philippines may also watch the full event, along with the remaining six stops of the 2019 World Series, on S+A and iWant Sports (iwant.ph), 5PLUS and 5plus.com.ph, FOX Sports, FOX Sports GO, FOX+ app, online at http://www.foxsports.ph, and on iFlix VOD service.

Since 2009, the Red Bull Cliff Diving World Series has provided a platform for aesthetic free-falls and dives of ever growing complexity, spotlighting the sport’s finest athletes as well as the most promising talents and in 2014 it introduced a Women’s World Series. In its 11th season, the sport’s best athletes will once again leap, twist and somersault from breath-taking heights with no protection, except their concentration, skill and physical control during seven demanding competitions around the world. 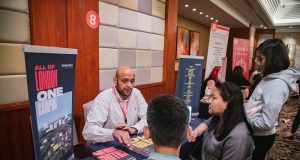