The Santé Barley Tri-Team is one of the Philippines’ biggest team contingent with four qualifiers. The team will be composed of kick-ass triathletes, Team Captain Robert Jonah Rivera, David Richmond, Jethro Karl Ramos, and Retzel Orquiza—all are not neophytes in triathlon and IRONMAN races.

“Races like the IRONMAN World Championships are the reason why we train hard. We are proud to represent Santé Barley TriTeam in such a prestigious race. We will give our all to bring honor not just for the team but also for our country,” Robert Rivera said, team captain of Santé Barley Tri-Team said.

The team has recently won top awards at two major triathlon races in the country, the National Age Group Triathlon Race 2020 last January and the Apollo Petroleum Jelly TRI 2020 last February, both held at Subic Bay, Olongapo. The international scene, on the other hand, would be different, especially that the Vega IRONMAN World Championship is considered as one of the most challenging triathlons across the globe.

The IRONMAN World Championship centers on the dedication and courage exhibited by participants who demonstrate the IRONMAN mantra that “anything is possible.” It is originally held in Waikiki before moving to Kona on the island of Hawaii.

On October 10th, over 2,000 athletes will embark on a 140.6-mile journey that presents the ultimate test of body, mind, and spirit to earn the title of IRONMAN. It will test triathletes to race through a 2.4-mile swim, a 112-mile bike, then a 26.2-mile marathon, while on the black lava rocks dominating the panorama, battling the 45mph, 95-degree “ho’omumuku” crosswinds, and the scorching sun.

“Santé Barley TriTeam is given another opportunity to showcase its members’ abilities in an international race. We are proud of this another achievement. The whole Santé family is ready to show our support to the qualifiers as they take on this challenge,” Joey Marcelo, Chief Executive Officer of Santé, and Santé Barley team owner, said.

Marcelo, a triathlon enthusiast and an IRONMAN finisher himself, created the Santé Barley TriTeam in 2012 in line with the company’s mission to help people lead healthier lives so they can live more and do more. To date, Santé Barley Tri-team is comprised of over 30 competitive triathletes.

To learn more about Santé and the Santé Barley Triteam, visit its website at santebarley.com.

Founded in 2007, Santé promotes, produces, and distributes premier natural health and wellness products; as well as services, designed to help people live better lives. With Santé Barley as its flagship brand, Santé has dominated the local market with its certified* organic barley grass – grown and harvested in New Zealand. (More recently, Santé has become the Philippines’ first company to be certified organic by BioGro). With the proven health benefits of Santé Barley, Santé has developed a comprehensive selection of everyday barley-based products. Today, Santé has expanded its offerings to include a fitness and rehabilitation center with its Santé Fitness Lab; and an array of natural products that are true to the company’s thrust in promoting a healthy lifestyle. Headquartered in the Philippines, Santé has offices worldwide such as New Zealand, Hong Kong, Macao, Singapore, UAE, Qatar, Nigeria, and Cyprus. 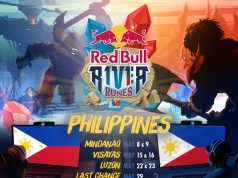 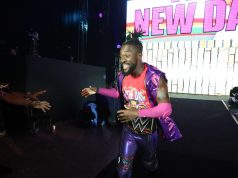 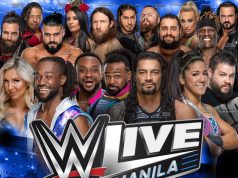 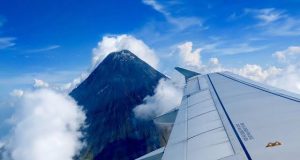 Bicol International Airport (BIA) Will Be Operating This 2020